Painted Dog Conservation (PDC) have put together a conservation model that they believe will really work in the long term, and make a significant difference to the painted dog population in Zimbabwe. They employ more than 60 people from the local villages to run conservation programs and education and outreach programs. 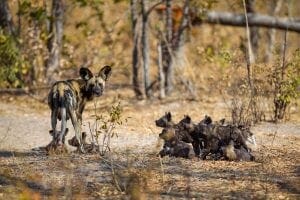 These efforts span everything from the Anti-Poaching Unit team which patrol local areas daily to provide a direct form of protection for the dogs, and running the Rehabilitation Facility where they treat injured and orphaned dogs before returning them to the wild. These highly trained scouts patrol with German shepherd dogs that can track poachers and detect snares.

PDC monitors more than 6 packs of painted dogs on a daily basis across Hwange National Park. 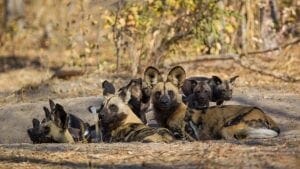 They have more than looks in common with man’s best friend! They’re intensely social, have strong family bonds, spend most of their time together, and take care of one anothers pups. Their first priority is to protect their pack; pups get first feed after a kill, ‘aunties’ act as pup-sitters for other mothers, and if a painted dog becomes ill or injured, their pack-mates rally round to care for them. 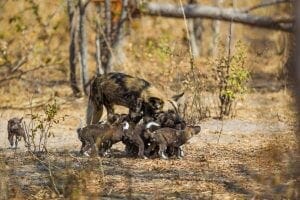 The greatest threat to painted dogs isn’t from large predators, or other natural causes—it’s from humans. Because of this, PDC puts a lot of energy into working with local communities, farmers, and children to improve perception and awareness of the painted dogs. Community development and outreach efforts such as these are one of PDC’s key priorities. These include the Children’s Bush Camp, Community Outreach, Community Development, Visitor Centre and the Iganyana Art Centre.

GTT has recently started collaborating with the PDC Children’s Bush Camp. We raised some funds thanks to an end of school term party which will go towards providing places for the children at the camp.

Further through PDC connections GTT is exploring possibilities of setting up youth support groups for young people who have experienced the bush camps and would like to develop their prospects further. More on this soon….

Below is the recent report on a follow up of bush camp students. 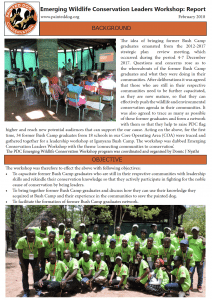 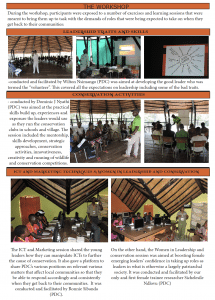 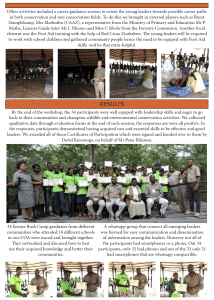 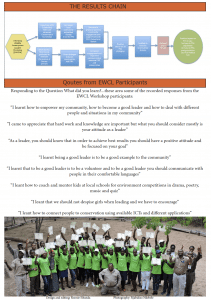