Preservation of our endangered wildlife 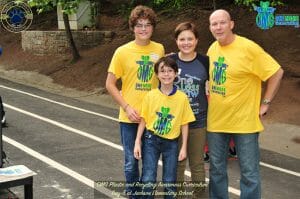 GTT was introduced to Olivia and Carter by mutual friends, in 2014. Their story is inspirational to Theodora as she shares similar values and objectives.

Brother and sister, Carter and Olivia Ries have a unique perspective on environmental and animal conservation. They believe that children have the power to solve the issues of endangered species and threats to the environment.

One More Generation (OMG) was founded in 2009 by 8 year old Carter Ries and 7 year old Olivia Ries. Carter and his Sister Olivia are both extremely passionate about animals and conservation. Following the adoption of Cheetahs in South Africa, Carter and Olivia began to question why humans would need to adopt wild animals like the cheetah. Carter and Olivia soon learned of the pressing issues surrounding endangered species, and knew they had to act.

Carter and Olivia started their own nonprofit in an effort to help educate children and adults about the plight of endangered species. Carter and Olivia’s intention is to preserve all species for at least One More Generation… and beyond.

Carter and Olivia have since launched additional divisions within OMG designed to empower youth around the world to stand up and help create solutions for the pressing issues of today.